File sharing is more than necessary in our digital world. Businesses have offices around the world, teams are spread out, and your boss’ boss that needs to see your report might be on vacation. Email is a great resource, but it isn’t always the best one. (Check out our email best practices here). There are tons of file sharing websites and platforms that make it fairly quick and pretty easy to send your documents. But, there are a lot, and a lot of the URLs end in .se or .io something weird like that. They’re probably perfectly good websites…but maybe let someone else try it first, just in case.

That’s where we come in.

In this guide, we’re going to show you what we consider to be the top seven file sharing platforms available. Please note, though, that these won’t necessarily be based on overall popularity. If it were, you’d see Pirate Bay-type stuff which both edges on illegal and definitely shouldn’t be used to send your financial information or other sensitive documents.

We’re starting off with what is probably the most popular file sharing website going: Dropbox.

Dropbox initially released in 2008, and has since been used by businesses and individuals to share and store files. Having been around so long, Dropbox is also integrated with over 100,000 third party apps. Dropbox offers cloud storage and file synchronization, meaning that two of the same file held in two different places will remain the same even if one changes.

This is useful for those that want to collaborate on projects, but also don’t want to email different versions of the same file back and forth. The downside is that you can’t exactly make suggested edits. If something in one file changes, so does the other, necessitating some correspondence like email or instant messaging.

If you have a Gmail or Google account, you have access to your Google Drive. Drive is Google’s cloud storage and sharing platform. With it, users can upload and share files adding up to about 15GB. After that, you’ll have to pay to get more storage space. Plans start as low as $1.99 to add 100GB of storage, then up to $10 for 1TB, and so on.

Generally, the further down the list, the more similar these platforms are going to get. So, now is the time for you to start choosing what you prefer based on tools that you’ve used and that you trust.

Box is cloud storage and sharing software which promotes team collaboration. Box has also been around for a while, debuting in 2005. So, it’s no wonder they boast such big name clientele as General Electric (GE), Intuit, Allstate, and Morgan Stanley.

Box’s biggest differentiator and it’s biggest claim is its security. Its Box Shield and Box KeySafe features allow users to choose who can see what, when, and includes a keylogger (encrypted password database).

HighTail was renamed from YouSendIt in 2014, but it has technically been around since 2004. What makes HighTail unique on this list is its “Spaces,” which are personalized digital work areas that let users more easily collaborate with their teams. Adding files is also very simple as compared to other platforms in the industry.

The downside of HighTail is its free versus paid versions. At no cost, you can use HighTail to upload 2GB worth of documents at 100MB per document. That barely scratches the surface of Google Drive’s 15GB for its free version. HighTail is also a paid subscription model. Users pay $12 per month for unlimited storage space, and businesses pay $36 per user per month.

Ultimately, HighTail is a more expensive version of what many cloud storage and sharing providers offer free of charge. But, for the added security and full-time customer support, many have opted for this option.

Though we don’t think about it much, Slack has a fairly robust file sharing capability on top of its instant messaging platform. Simply share the URL or upload the document you’d like to share in a message to the person you want to send it to, and press enter. That’s it. Then, the person receiving your message needs only to click the “Download” button at the corner of the message to see the file.

On top of that, Slack is also integrated with thousands of document sharing and cloud storage platforms. Google Drive, for example, is fully integrated with Slack. When you share Google Docs, Sheets, or Slides in Slack, you can choose to preview or work in the file directly from your Slack message without ever having to go into your Google Drive. Pretty slick. Obviously, there are some drawbacks of using Slack as your core sharing platform.

Both users not only need to be on Slack, but they also need to be part of the same “workspace” to share anything. So if you pay for your own Slack workspace, you need to add everyone you’ll want to share files with into that workspace. Generally, this isn’t a problem, as your coworkers are probably in that workspace anyway. But, if you need to share something outside of the organization, things get a bit hairy.

As is true of many of Microsoft’s “online” products, OneDrive had to play catch-up with Google, and therefore went through a bunch of iterations, names, and capabilities before landing on what we see today. So, OneDrive wasn’t really the “first” or “best” at anything. However, in 2019, OneDrive also released its “Vault” version, adding extra layers of security such as two-factor authentication, fingerprint and facial recognition, etc. So, it might be on the up and up.

But, what it could do really well, and what it still does today, is integrate with Office.

Granted, most of the online world uses Google Drive products nowadays. However, if you’re offline or worry about Google’s monopolization of your whole life (read The Circle by Dave Eggers if you want nightmares), an offline product like Office is great for you. Being the creator of Office’s suite of products, Microsoft has made it quick and simple to upload and collaborate on projects using Word, Excel, and PowerPoint.

DocSend might be the newest player in this game, but that also gives it a distinct advantage. Established in 2013, the founders of DocSend saw gaps in the file sharing and online collaboration market. It wasn’t easy to bring multiple team members into one document without giving everyone full access to do whatever they want to the file.

It was hard to secure those files after they were shared, so you had to create an entirely different file to fully kick everyone out. Plus, analytics just flat out didn’t exist and in many cases, they still don’t.

DocSend gives users all of those things and more. With DocSend, you choose who can access your files and how much they can do with multi-user access. Choose the user and their level of access, and you never have to worry about anyone tampering with your sensitive documents.

DocSend’s platform is encrypted and fully secured, so you don’t need to worry that anyone is intercepting your messages like you might with email.

But, one of the best parts of file sharing with DocSend is the analytics. To help users create the best presentations, articles, and documents possible, DocSend lets you track and analyze viewer behavior. Want to know where someone dropped off? Where they lingered? Or how long it took them to get through your piece? DocSend lets you see it all, and it gives you insights into how you can improve your documents to meet audience needs. 5 reasons not to email an Excel sheet

There's a lot that can go wrong when sending an Excel sheet via email. Learn how to easily send sensitive Excel sheets via email while keeping your information secure.
Mar 11, 2020 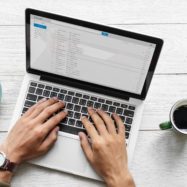 Sending a PDF email attachment has become a second-nature standard—but have you ever stopped to consider if a PDF file is really secure? Here's how to send a PDF that is secure and password-protected
Mar 10, 2020 How to recall an email in Gmail and Outlook

Quick—the sooner you recall and correct that unfortunate work email, the better!
Mar 14, 2019