Listen to episodes of Funded:

In 2016, Guy Friedman was a successful startup founder with an exit. Most would think that would make raising money for his next company SteadyMD a breeze. Instead, none of his prior investors decided to back him and he was on a familiar grind to getting funding. Fast forward to 2020 and Guy was steadily growing his core business when a wave hit in the form of acceleration towards telemedicine. All of the sudden he was surfing and fundraising became a very very different experience. Read the show notes on Funded.

Parker Treacy created his first successful company in the United States without raising ventures capital. For his second company, he would need to learn two completely foreign languages to be successful as he set out to launch a company in Brazil and fundraise. Eventually, Parker became fluent in both Portuguese and the language of venture capital as he built his business Cobli and raised over $40MM dollars. Read the show notes on Funded.

Erin Carpenter grew up focused on becoming an entertainer with classical training as a ballerina. Along the way, an embarrassing uniform mishap as a young dancer and continued frustrations throughout her career drove her to embrace an entrepreneurial fire that led to starting Nude Barre. For this professional dancer, learning the fundraising dance was a struggle. After 10 years of bootstrapping and failing to raise money, she finally figured out the steps and eventually raised Seed capital from the likes of Serena Williams, Whitney Wolfe Herd, Jason Calacanis, and Freestyle Capital. Read the show notes on Funded.

Listen to learn what helped her find the way and launch the next phase of growth in her business.

Matt Pohlson, co-founder and CEO of Omaze, has had one of the most death defying startup journeys ever. Time and time again, his company has been on the brink of death, only to be saved by Matt’s persistence and never-quit attitude. While most involved nearly running out of funds, one experience involved his own near death experience as he flatlined on an ER bed with his family surrounding him. Persistence brought him back from the brink and eventually back to Omaze where he used an even stronger belief in their mission to lead a Series B fundraise in March of 2020 just as COVID began impacting the world. Read the show notes on Funded.

For the three years between her graduation from Y Combinator to her splashy $50MM Series A raise from Sequoia, Christina Cacioppo and her company Vanta kept a low profile. Back in 2018, they had been working in a space few people were talking about around Silicon Valley. SOC2 compliance for startups hardly got people excited. Then, almost out of nowhere, came the announcement that Vanta had raised $50MM from Sequoia Capital. Christina shares how she got to this point and how much impact YC had on the process. Read the show notes on Funded.

Kameale Terry never wanted to be an entrepreneur, but eventually a problem she saw first hand in the electric vehicle industry drew her into starting ChargerHelp! From the beginning, she was less concerned with the hype cycle of startup trends and more focused on what she describes as “good business.” This allowed her to weather the storm of confusing and sometimes conflicting startup advice and the struggle to find a lead to eventually find herself in a super oversubscribed seed round. Read the show notes on Funded.

Much like the “secret master plan” for his company Levels, Sam Corcos openly talks about what he was able to decipher when it comes to the science of fundraising. This is exciting because fundraising approaches have traditionally been shared with tribal knowledge, feel-based language. In this conversation, Sam talks about how he decided to follow his training as a scientist rather than rely on fundraising folklore. The result was a data-driven process that has left even the most experienced investors speechless. Part 1 of this 2-part series focuses on how he built the base for his approach and features inspiration for 2021 goal setting. Read the show notes on Funded.

From the start of our conversation with Sam Corcos from Levels, it was obvious there was too much sauce for just one episode. In this second half of our 2-part series, Sam begins by sharing details around a large key to his success – his very large cap table. Afterward, we discuss specifics around his approach to attracting a $12MM seed round led by Andreessen Horowitz and how newcomers to the sport of fundraising might fare employing similar tactics. We wrap this episode as we always do with a debrief, but this time includes a special guest who had a front-row seat to all the action. Read the show notes on Funded.

This is Funded’s first-ever Friends & Family Round! With so many listeners asking questions about things they hear in episodes or about the fundraising market in general, we decided to launch this sister show to give more insights with a little help from our friends. In this episode, Russ Heddleston the CEO of DocSend gives us a very unique view into 2020 trends via his company’s recently released Startup Index Report. This report leverages aggregated and anonymized data of pitch deck activity to show things like how many investors need to be pitched before successfully raising. So much of 2020 was a crazy rollercoaster in fundraising and hearing how the data describes it is fascinating! Read the show notes on Funded. If I ever see founders sending pitch materials as email attachments, no matter if I’m formally working with them or not, I can’t help but implore them to use DocSend. I’ve seen too many bad situations that could have been avoided simply by using DocSend.

Stay in control of your investor pitch deck with DocSend

Domain whitelisting ensures that the right people have access to your pitch deck.

Your changes will be updated instantly and your investors will never have to know. 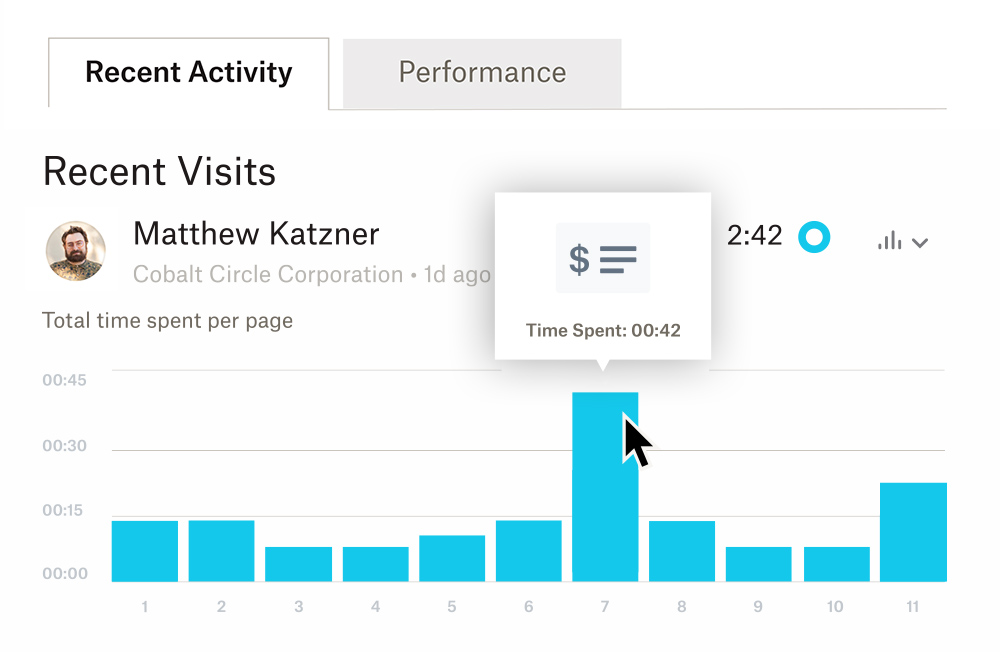 Get the DocSend Edge and Raise Intelligently