Three years ago, Dave, Tony and I created DocSend because we felt that despite decades of evolution in communication technology, getting a deal done online was still unnecessarily cumbersome. Documents, in particular, seemed especially left behind. Even though they’re the core of every deal, improvements in the document space had been generally broad, and isolated to the creation and sharing components.

It was clear to us that documents were a medium of communication where relationship-critical interactions happened, and that current communication technology was completely failing to convey that dialogue. We built DocSend with the lofty goal of fixing that — to help businesses build stronger relationships by restoring the intimacy of face-to-face conversation to their digital communication.

Today, we’re incredibly excited to announce that we’ve raised an $8MM Series A led by August Capital to continue that mission. We’re immensely thankful for the customers and team that have helped us reach this point, but this is only just the start of our journey.

For more on our story and our future, please take a read through my post on LinkedIn here. I also invite you to take a read through our CPO, Dave Koslow’s post on Medium where he provides an in-depth look at the genesis of DocSend from a product perspective. 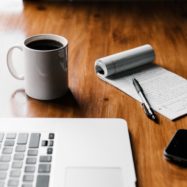 Putting together investor updates isn’t any CEO’s favorite activity, but it's an unavoidable part of the job. Here are my best practices for what to put in your next investor update.
Feb 13, 2015 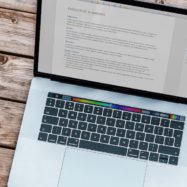 Venture debt: What is it and how does it work?

DocSend CEO Russ Heddleston shares his insights on venture debt. He explains what it is, how it works, and when it makes sense to raise a round of venture debt.
Dec 19, 2019 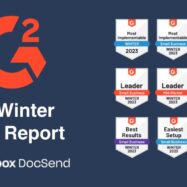 We're thrilled to share that G2 Crowd has recognized DocSend as best-in-class for results, usability, and implementation.
Jan 10, 2023