The democratization of the venture ecosystem has brought about exciting new opportunities for founders and investors alike. However, fundraising challenges still persist, despite the opening up of the VC space to new voices. On the one hand, we’re seeing more VCs than ever before, and this brings fresh perspectives to the funding table. On the other hand, though, we are also seeing a concentration of capital in later-stage startup deals: investors often focus on deals at the Series A stage and onward, leaving earlier-stage companies to scramble for investments.

In certain respects, this concentration of capital is understandable: seed capital is generally used to build new products and test market responses, but many of these companies will fail before they even make it to the Series A stage. However, those that do succeed and raise these later rounds will have created a buzz around their company and product among investors. VC interest at this stage spreads quickly as current investors network with future investors–no one wants to miss out on the next hot deal. Of late, we have seen an uptick in LP interest in early-stage funds: some LPs are excited to get in on the ground floor of early-stage startups. Since valuations can be extremely favorable, investors can target a larger equity stake.

But despite this uptick in interest, capital for emerging startups at the seed and pre-seed stage still remains a challenge, even for founders with traction. This is especially true in a global context. In both emerging and developed countries, we continue to see a lack of early-stage funding. To take just one example, we’ve observed startups with 50,000 customers fail to get VC meetings in China. Moreover, across Southeast Asia, Africa, and Latin America startups struggle every day due to a lack of infrastructure around early-stage investments. There simply aren’t the structures and knowledge in place to help growing companies get off the ground.

In this context, we’ve also seen companies remaining private longer, refraining from going public for as long as possible, and raising more capital in the private markets. This has resulted in more capital being shifted to these later-stage companies and the creation of “mega-funds.” However, this capital movement has also resulted in an early-stage funding gap.

As a result, many early-stage founders forego the traditional investment routes. Instead of pursuing larger deals, they decide to patch together funding from small angel investors. Without big investments to bolster their businesses, these founders will often focus on growing revenues rather than securing more funding. We’re seeing tremendous opportunities with early-stage tech founders nowadays. However, these entrepreneurs still need the support and resources to move to the next level. This is what we provide at Blockchain Founders Fund. We’re very hands-on with our portfolio companies and we bring our knowledge to bear on every aspect of their business. At a broad level, we help our companies define and refine their business strategies and product-market fit. On a more granular level, we use our data science team to help uncover early-stage sales opportunities. All of this support has the goal of making our companies more investment-ready, so they’re primed to attract a broader set of investors when they’re ready to raise their next round.

Some Advice for Early-Stage VCs

Early-stage VC fundraising shares many similarities with early-stage startup fundraising. Building strong relationships with current and potential investors is key for both emerging VCs and founders. Likewise, having to provide tangible evidence of traction is a hurdle faced by VCs as well as their portfolio companies. If you’re an early-stage VC without any portfolio companies, without a robust pipeline of deals in the works, and without any process efficiency through technology, then you haven’t shown a number of factors that can make your fund more attractive to potential LPs.

To take our own firm as an example, Blockchain Founders Fund will be raising a new fund later this year. We’re approaching the process with confidence because we have a very robust track-record of prior investments with top-quartile performance to back up our thesis. These are all qualities that new and existing LPs will look for when considering investing with us.

Additionally, emerging VCs need to bear in mind that persistence is a large part of the equation when raising an early fund. But alongside sheer persistence, responsiveness is crucial. I think that being open to feedback and understanding where to improve or adapt is critical for fundraising success.

Here again, the process is similar to startup fundraising. For example, when I was an early-stage startup founder we managed to complete several rounds comparatively quickly. We achieved this by capturing our vision effectively and precisely in our pitch documents, which helped us get plenty of first meetings with potential investors. Of course, once you do get that first meeting it’s yours to lose: we made sure to synthesize everything we learned from our meetings and the feedback from each investor was critical. We continued refining our pitch as we went along and even ended up having an oversubscribed round. But we couldn’t have done this through persistence alone: we had to continuously adapt to investor feedback in order to make the most compelling case for our business.

My team and I believe that capital will of course continue to flow into the startup ecosystem going forward, but the direction that flow takes is still uncertain. As many founders and angel investors know, there are still exciting opportunities at the early stages without adequate capital allocators. Although early-stage investment infrastructure is distinctly lacking in many places, this means that savvy VCs have the chance to help build investment frameworks from the ground up. It also means that investors can help companies with solid track records get the funding they might not otherwise be able to access.

It’s at these early stages where we’ve found a lot of success working closely with founders to achieve outsized returns. It’s our hope that the success we’ve had with founders at the top of the funnel will incentivize other investors to direct capital toward the creation of more early-stage funds. This is how we’re hoping to transform the future of both VC fundraising and startup fundraising. 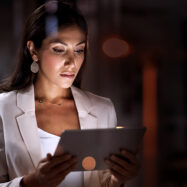 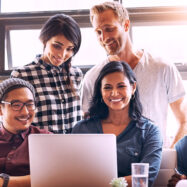