Here’s the problem: Sales teams follow the 80/20 rule. That is, 20% of sellers will likely close 80% of the deals. For every leader of the pack, there are many account executives out there who aren’t meeting their quota every month. What does this mean for your take-home pay? Are you in financial trouble if you aren’t closing on target?

In general, there are two major components to most sales compensation packages:

On average, SaaS companies pay their sellers 9% of their annual contract value. Tom Tunguz illustrates how that works in the following chart:

Let’s walk through the chart. The first row shows the annual contract value (ACV) for an average deal at your company. The second row tells you what your annual quota is, and the third row indicates how many deals you’ll have to close to hit your quota based on your company’s ACV. Rows four and five calculate how much you would earn, given 9% commission on ACV and a 50/50 split between base and commission.

For example, if your annual contract value (ACV) is $50k and your quota for the year is $700k, you’d need to close 24 deals. If you meet your on-target earnings (OTE), you’d take home 63k in commission and earn a total of 126k for the year.

But, what happens when you miss your quota?

While sales compensation plans vary widely, the average base salary for enterprise account executives means you’ll typically have something to take home. In fact, the national average base salary stands at $90k. But don’t expect to be able to sit back and comfortably collect paychecks.

There’s a pretty serious hidden cost to consistently not hitting quota. If your Salesforce dials are sitting in the yellow or red each month, you’re not earning what you want, and frankly, your job may be at risk. Quotas exist because employers want to incentivize you to hit them – and they’re willing to pay for it.

Remember when we mentioned the “standard commission rate”? Truth is, how sales commission is offered and earned can vary dramatically, even if average percentage stays the same. For instance, some organizations require that hit a baseline quota (anywhere from 50-70% of target) before you can start earning commission on that month’s deals. Other companies use a sliding scale, so that, as you approach 100% of the quota, your commission rate increases.

Here’s a helpful chart from OpenView that visualizes several different commission structures at once: How to maximize your paycheck as an account executive

Assuming you’re selling consistently at or near quota, there are a few commission structures that can help you earn an even bigger paycheck. Look for companies that offer retroactive accelerators. With retroactive accelerators,  once you’ve hit quota, you earn an even higher commission on all your deals, regardless of whether they closed prior to or after hitting quota.

Douglas Hanna breaks down some of the approaches to over-performance commission for account executives:

Pro-tip: Avoid capped compensation plans if at all possible. If you’re continuing to sell, you should be getting the full commission on those deals.

Bottom line: A lot of risk and a lot of reward

Climbing up the career ladder to an enterprise account executive position is more than worth your energy, Even if you are slightly below target, you’ll still be earning plenty. The actual effect a slower month has on your paycheck varies by commission structure, so make sure you’re clear on your numbers and any incentives your company offers at each threshold.

If you’re an Account Executive, it’s essential that you optimize your file sending and storage processes. With DocSend, you’ll be able to share sales collateral with prospects and clients while getting real-time, actionable, feedback on document engagement, so you can be in full control of your business outcome. Say goodbye to email attachments once and for all, and click here to get started with a free trial of DocSend!

X-Ray Searching for sales prospects is a genius LinkedIn hack. In fact, we loved it so much we can up with our own version: The 10X-Ray.
Feb 17, 2016 Authentic Sales Presentations: How Your Team Can Win By Being Themselves

Being authentic may not always lead to a signed contract, but it will facilitate honest conversations, quicker closes, and fast disqualifications.
Jul 26, 2016 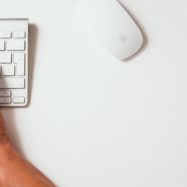