We found a great thread on HackerNews asking entrepreneurs how they closed their first enterprise sale. There was so much good advice on selling into complex organizations that we packed it up into a summary of the most important points to keep in mind when you start moving upmarket.

It Doesn’t Always Go as Planned

Contract negotiations with big companies can be a painfully long ordeal. A large corporation has more leverage in the deal than your scrappy startup, so you end up dealing with huge asks, going back and forth over even the smallest of details. Each contract rewrite introduces new red tape, and lawyers pour over every dotted i and crossed t. This means lots of writing and rewriting of contracts, with multiple versions floating around between stakeholders. Just when you think you have it squared away, your contact can come back with an unmeetable ask. As painful as it can be, this is when you walk away from the deal.

User enterprisethrow experienced this first hand. A massive lead from a Fortune 100 company strolled in their door – a once in a lifetime deal for a new business. After a killer demo and a successful trial period, they started ironing out the details for a long term relationship.

“[It] was a huge ordeal…they had so much leverage, they threw every awful thing you could imagine into the contract.” Months of negotiation went by, with enterprisethrow slowly caving, until the Fortune 100 started pushing for things they could not budge on. It must have been agonizing to walk away… but enterprisethrow held firm and walked away from the deal. It was the right call. “They played dead for a couple weeks and then came back to the table.” Success! They even managed to get a trial fee for the entire time the contract was in limbo.

The takeaway? Be prepared to get shoved around a little, aim high on price and play the waiting game. Remember, big deals don’t close overnight.

The Scrappy Bird Gets The Worm

Having a new product means that you can move faster than the big incumbents. We loved this story of a scrappy HR startup that surveyed the market, decided what they needed to do to make the product better, and then stole away a giant telecommunications company from a huge incumbent competitor.

“We got lucky, which is something you probably need at some stage.” They came across this giant company who had recently gone through a typically elaborate and old-fashioned RFP process to pick a big corporate, mammoth incumbent with your typical ugly legacy product. “Despite doing their due diligence, [the telecommunications company] got shafted at the last minute when the incumbent decided to stop selling the product they were trying to renew their contract for and asked them to pony up for a six-figure re-implementation fee onto their new platform.” Ouch.

Understandably, the company was enormously upset about the bait-and-switch, and abraae started nurturing the lead at just the right moment. “ They were open to procuring their replacement product in a more lightweight way, so we side-stepped the RFP process and snuck in. Besides the obvious win, there were tons of additional benefits from clinching a deal with a massive, well known corporation. “From there on we were on a roll, because the customer was so enormous, we got plenty of other people signing up just off the back of the halo effect of that one deal.”

Being scrappy can also mean being extremely stubborn – you have to keep pushing even when it might seem like incumbents have the market locked up. It only takes one well-timed call to get your foot in the door and start that fight.

Know Your Customers and What They Value

Building products people want is good, but in order to have a successful business on your hands, you have to build things people need. You must know what problems you’re going to tackle and pain you’re going to alleviate for your customers before you start defining your product strategy. “I thought that if we built a better mousetrap [for the financial sector] that significantly improved the user experience and saved everyone thousands of dollars it would be a no brainier for the banks to use us [, but it] didn’t happen.” You may have a hunch your ideal customer will *love* your product/service, but if it doesn’t solve a major pain point for their organization, trying to sell it will feel like mashing a square peg into a round hole. As commenter lefstathiou found out – risk mitigation was more important to banks than saving money.

The senior stakeholders in most large orgs are much more concerned with profit than with spending money. “In a typical enterprise sale, the people making the decision (to buy your solution) are usually too senior to be the ones actually using it. There is a subtle corollary to this that I did not appreciate at first… often, these people are responsible for the profit of their group but less responsible for the costs associated with the technology. Thus, teams are less sensitive to cost than they are top-line revenue.”

Instead of presenting their standard pitch deck, lefstathiou took out all the slides focusing on end-user experience, and focused on the potential revenue increase instead, which led them to close their first enterprise deal.

Here are a few books lefstathiou recommends adding to your shelf, if you’re pitching large contracts to big companies:

From Lead to Close

Complex sales to big organizations are often done in person. But they don’t have to be. User enricotal created a great sales funnel to close large deals without ever having to visit accounts in person. Here’s how they worked their leads:

1. Qualifying telephone call
2. Ask for a Skype call
– When some leads ask for a visit at this point, enricotal says “yes” but requests a Skype meeting first to better understand their needs.
3. Skype meeting
– Warm up: get to know the prospect, and their role in the company.
– Problem gathering: ask what the app should do for them, and what problems they are trying to solve.
– Budget confirmation: make sure they are still a qualified lead.
– Demo the app: only feature those parts that solve a problem the prospect has.
4. Get the sale
– Ask the prospect how well it solves their problem on a scale of 1 – 10.
– If the vote is below 8, ask what it would need to do to get to a 10.
– If the vote is above 8, move to next steps.

Often, the next step was “send me a proposal”. By breaking down the sale to repeatable process, enricotal was able to funnel the best leads straight to a deal, without all the hassle of an in person meet.

Even though this worked really well for enricotal, a fellow commenter had a few golden nuggets of advice to further improve the flow. We’ve paraphrased commenter beachstartup’s suggestions below:

Prepare for hiccups: Sales requires patience, perseverance, and determination. And that’s especially true when you’re selling into the enterprise. Stakeholders will change and contacts will depart for other ventures at new companies. Prepare mentally or setbacks and hiccups.

Optimize for the $$$: A customer that doesn’t pay you isn’t a customer. Focus your efforts on clients that will commit and follow through with a check. Walk away when it makes sense. Ask for the cash. Don’t waste your time on deals that don’t convert.

Bend but don’t break: Enterprise deals take months. You need to be prepared for contract negotiations, lunches and dinners on your company’s dime, big demands and lots of boundary pushing. Bend – you’ll want to win their trust – but don’t break. Stay strong, get the money and the terms you deserve for building an in-demand product that has enterprise value. 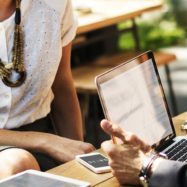 An Enterprise Sales Director shares her candid, honest insights on career advancement, role and compensation, and the sales process.
Feb 16, 2016 A Sales Enablement Sit Down with Segment’s Diana Smith 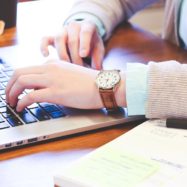 DocSend CEO Russ Heddleston sits down with Robin Pam, Senior Product Marketing Manager at Optimizely, to discuss "rogue content" - and why the best sales reps will always create it.
Oct 25, 2016