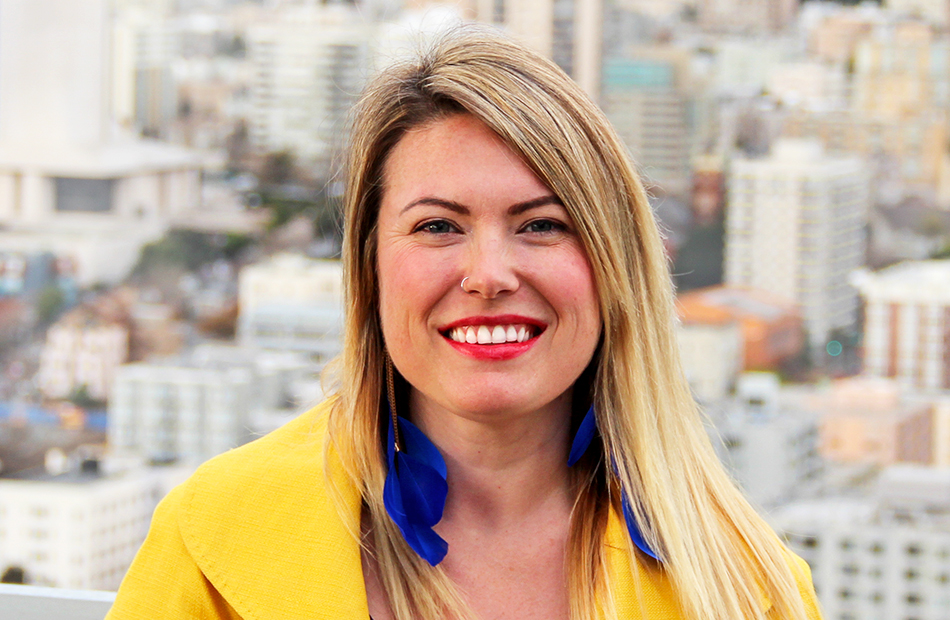 We were incorporated as Olabot in July 2016. We basically didn’t have a product name for about 6 months and tried on different names during that time while we were building the tool that would let people create their own personal bot.

Over the past 4 years, you’ve launched multiple versions of Squad and raised multiple rounds. Can you share any major learnings?

From the beginning, we stayed really lean as a team so that we could be nimble as we built and learned from customers. When we started the company it was an ambitious and audacious goal — build a new social experience in the midst of an era where consumer social was decidedly not hot. But that’s where my passion has always lived, and I knew when it came to building social products that it might take a few tries to find the right fit.

I wanted to work on solving the problem of loneliness through technology because it was the core problem I’d faced in my own life. Since I wasn’t married to a particular solution we launched a lot of small experimental products across a few platforms.

I always felt it was better to work in public whenever possible — so we launched several times, because, why not? I never felt precious about it. I also was authentically excited by what we were building and felt it was useful to get additional feedback from the market whenever we could.

As an early-stage venture-backed company, our market was always two-fold: our actual customers and potential/current investors. I tried to err on the side of sharing the latest & greatest to help bring industry insiders and investors along on our journey so they’d feel more connected to us. I know it helped because it kept us in the conversation with investors.

Trust me, it’s way better for people to subtweet or shitpost about your startup than for them to be totally ambivalent to your existence. Indifference is death.

What are a few lessons you have learned that can help founders in their fundraising process?

Have a process. I think that’s it.

The biggest mistake I made at the beginning was setting up meetings with nearly any investor who would talk to me — without a clear timeline or defined next steps to take. That’s a great way to waste your time. The only way to get a deal done is momentum. The job of the CEO is to create relationships and then continue to nurture the momentum in a deal process, and the only way to do that is by setting up guard rails, deadlines, and creating external pressure.

Founders often forget that they are in control. VCs are lucky to invest in founders, not the other way around. All the best VCs know that, which is why they’ll pull crazy stunts to give amazing founders lots of money.

From Olabot to Molly and then Molly to Squad, what led to each pivot and how did you navigate the challenges that come with this?

When I look at the life of the company, I only see one real pivot — from Molly to Squad. That was a hard turn in a very different direction. That was the only time we threw code out and truly started over. The other changes we made along the way were just iterations and refinements on the same idea and codebase.

The decision to pivot from Molly to Squad was difficult. We had just finished YC a few months earlier. We had broken up with our 3rd cofounder. Our core metric of retention wasn’t budging in any meaningful way. And our expectation that there would be a new breakthrough in NLP by a big player hadn’t occurred (GPT-2 had just been released but it lacked the magic that GPT-3 would possess, two years later). So by all measures, we were in a very rough place.

What we did have going for us was 16 months of runway because our burn was so low.

It took about 6 weeks of soul-searching to land on the idea for Squad, which came about very serendipitously when my daughter Emma was whining about not being able to see her friend’s screen while they were FaceTiming.

I remember feeling terrified about making the call to shut Molly down. It wasn’t an obvious choice at the time and we felt like many investors were probably writing off their investment in us because the future looked so bleak.

It was in that darkness where I found a new strength. With nothing to lose, we were free to completely re-imagine what we were doing. It was quite liberating.

I had a complete come-to-Jesus type of moment where I realized I’d been leading the company from a place of fear and insecurity. I’d been too slow to fix problems because I was spending too much time worrying what other people thought of me and the company. There was just so much wasted energy. But when I accepted that truth, I went about changing things. I apologized to my cofounder Ethan and said, “Things are going to be different moving forward.” And they were. The pivot was our rock bottom — but also our saving grace.

The first 18 months were painful on so many fronts, but, I believe we needed to go through the struggle to get to a sweet place. After we launched Squad it started organically growing right away — but because we’d been through such low points together, the ride up was more fun and more gratitude-filled than it would’ve otherwise been.

It didn’t feel good to tell our investors that we were changing directions but I was so lucky to have an amazingly supportive team. To my surprise, our investors really rallied around us. When I came clean about my own self-doubt, they reminded me that they hadn’t just invested in an idea — they had invested in me. That was a powerful truth to accept and internalize. Once I really believed in the truth of that I became a much better leader because I got better at listening to my own intuition instead of looking for answers from others.

The reason I feel forever indebted to the people who bet their money, time, and reputation on us isn’t because of the money I made in the end -- it’s because of how much the entire journey helped me grow and develop as a person.

When did you know that Squad was working (compared to Molly)?

It had a different response from customers right out the gate. With Molly, we always had to coax people to use it, and the retention was really low.

The very first TestFlight version of Squad that we gave to real teenagers showed promise — they shared it with 1 or 2 friends, and came back to use it again, without us sending them a notification. That felt amazing, and gave us the signal we were looking for, which is why we doubled-down on the idea and fully built it out.

What went into the process of Squad being acquired by Twitter?

Being acquired by a big company is a whole thing. Honestly, I knew very little about the process just a few months ago and wouldn’t have believed how many people it takes to get a deal like this done. A small army of folks were involved in the due diligence and legal paperwork for the merger. There were 60+ people involved and it took 8 weeks from verbally committing to Twitter to closing the deal. (I am exhausted just thinking about it!)

I had been prepping for our Series A when I received inbounds from Corp Devs at two companies. I’d taken those meetings before as part of my long-term relationship-building strategy, but I wasn’t planning to sell the company yet. We grew a lot in 2020 and the social audio and video space was suddenly super exciting for investors — in part because of the incredible raise that Clubhouse pulled off. (Big kudos to their team for that!) And while there were a bunch of new startups in the space, none of them had the MAUs we had, so I felt like we were in a good position to raise a competitive round.

Since I’d gone into the Corp Dev meetings very nonchalantly, I was very surprised by their earnestness, and came away feeling like we could end up with term sheets quickly if we were open to that outcome.

I ran the numbers to understand what it’d look like for our team if we exited now versus post-Series A, and realized that we’d need to sell for a very big number to take home the same amount of money because of the additional dilution we’d take on. Other startups like Houseparty had taken that approach but then sold for just half of what they’d raised. A lightbulb went off and I realized we were in a special moment where we might be able to pull off an exit where everyone walked away smiling & cheering — so I decided to go for it.

I spoke to First Round and they recommended I give myself the month of October to run a process and meet companies we were interested in.

We spoke to 6 companies and within 2 weeks we had 3 competing offers. They were all really exciting companies, but in the end, we chose Twitter because we felt a strong alignment around culture-fit and what we could build together.

While our exit didn’t return the fund, we made our investors a decent return and our team had a life-changing outcome. In the end, that felt like a beautiful way to end this leg of the journey.

Twitter is a product I love using. It’s a place for the world to talk and hear each other. And I have a lot of confidence that we’ll be able to help make the public conversation more fun and engaging thanks to everything we learned while building Squad. While Twitter’s core product is great, there’s a lot of room to expand and grow the service — so I’m very excited to get to lead a new 0-1 product team and keep building.

What other advice do you have for founders?

The truth behind every glamorous headline is so much messier and more complicated than anyone can guess. Every company is just a collection of flawed humans who are hopefully doing their best to understand each other, their customers, and the broader landscape that they fit into. As such, failure is inevitable.

If you have questions or want to connect, find me on Twitter @EstherCrawford. 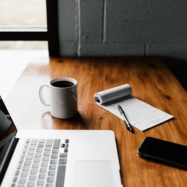 Getting investor updates right will improve relationships with investors 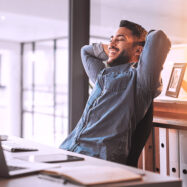