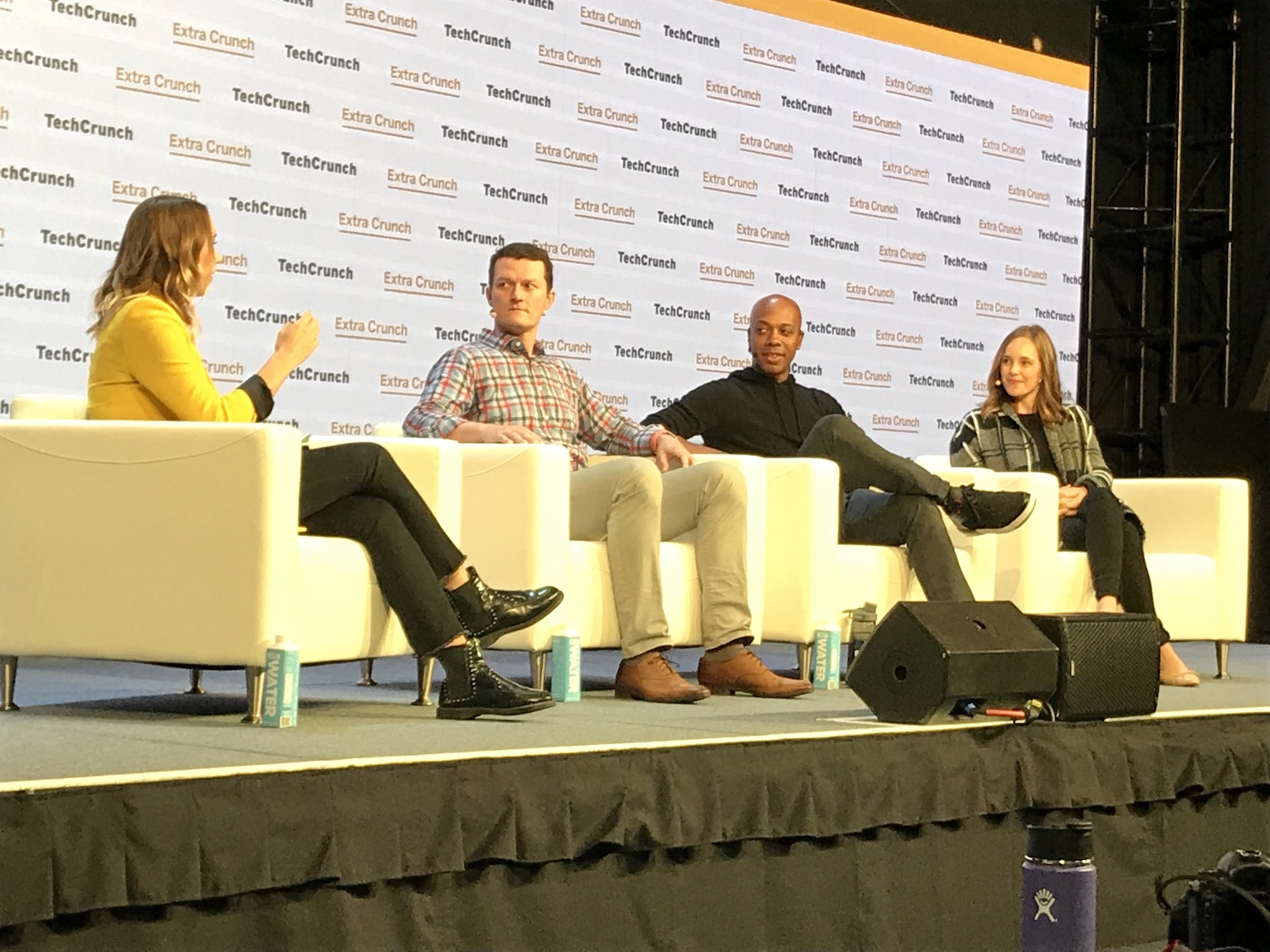 Today at TechCrunch Disrupt, Russ Heddleston talked about navigating the waters of early-stage funding. He spoke alongside Charles Hudson of Precursor Ventures and Annie Kadavy of Redpoint Ventures.

Many things go into a successful seed or even pre-seed round. And when you send your deck to a VC, you only have 3 minutes and 44 seconds to sell them on the idea of your business. We’ve talked to thousands of founders and analyzed hundreds of pitch decks from founders who opted into our research. Here are some some key things we’ve identified that can increase founders’ chances of success.

We’ve found that there really is more to a successful pitch deck than just a good product. In fact, leading with your product can actually hurt your chances of getting funded.

So what should be at the beginning of your deck? The “Why.” Every successful pitch deck we looked at started with the company purpose, followed by why this team, then why the timing is right for this particular product. In successful decks, investors spend around 27 seconds on “why now” and “why you” slides. In failed decks, they spend 62 seconds on these slides. That may seem backwards, but if your “why now” and “why me” slides don’t make sense, they’re likely to stop to figure out why.

The point of this is to use your deck to tell a cohesive narrative about your company. Start with the big problem you’re trying to solve. Then explain why now is the right time and why your team is right to solve it.

When you send your pitch deck matters

There are a few things most people will tell you about raising money: Don’t try to raise in August because everyone is on vacation. And January is the best time because VCs are looking to make a deal. But when we dug into the data we found a different story. There are two spikes during the year when VCs review a bunch of pitch decks: October-November and March. Things cool off during the summer, but August isn’t actually the dead zone people have made it out to be. December, though, is way worse than anyone has told you.

Most founders spend around three months fundraising, so knowing when the peak times are can help you get a head start. Our data shows that VC visits to pitch decks start low in August, steadily build to their annual peak in November, then fall off sharply in December. Entrepreneurs sending decks starts low and steadily builds to a peak in October. This makes sense because you need to send your decks in advance of VCs being able to view them. In fact, you really need to start raising in September if you want to get in on the end of year action. You also need to come out of the gate early in January to take advantage of the peak in March.

Oversubscribed rounds are forcing VCs to be more aggressive

As Russ mentioned on stage at TechCrunch Disrupt, we’ve even uncovered data that tells us that VCs may have to alter their behavior when rounds are oversubscribed. In fact, the more oversubscribed a round is, the more founders choose their VCs based on some specific criteria.

To find out more about how founders choose their VCs when fundraising, you can read Russ’s piece on TechCrunch here.

Russ will be on stage again at 1pm today for the Pitch Teardown with Anu Duggal (Female Founders Fund), and Charles Hudson (Precursor Ventures) in the breakout room.