The COVID-19 crisis has changed the fundraising landscape substantially, both for founders and investors. Securing funding is one of the hardest things a startup will do, even in the best of times. So during this time, founders need any insight they can get to fine-tune their fundraising approach. The good news is that pitch deck interest is up, and investors are still actively reviewing pitch decks.

Tens of thousands of pitch decks are sent through DocSend. We’ve anonymized and aggregated the data to offer a real-time look at the fundraising marketplace. We’re entering a time of heightened capital discipline across the board. We want to share our data to give founders a better understanding of what’s going on in the heads of investors and increase their odds of closing deals.

At the beginning of March, the COVID-19 crisis was starting to impact our daily lives in the US as shelter-in-place orders were just being enacted around the country. Along with this, we saw an initial dip in VC interest and engagement with pitch decks. But we’ve just gotten through April, and our data found that investor engagement was up 16%.

We’ve committed to providing founders with valuable insights by continually monitoring VC activity during the crisis. This includes measuring engagement with pitch decks, which we have been reporting on in the 2020 DocSend Startup Index. The Index compiles metrics in real-time and reports on changes via interactive charts on a weekly basis. The Pitch Deck Interest Metrics measure activity using three key indicators of investor engagement:

These metrics are collected in real time, and they’re both objective and completely confidential. We view the data from a macro level to help startups better understand the investment landscape.

From our data, we’ve seen that as firms adapted to the uncertainty of the current environment, three distinct phases emerged in terms of their behavior:

The early 2020 Pitch Deck Interest metrics saw the year off to a better start than in 2019. After the first week of January, the Index metrics showed interest up year over year, sometimes as much as 19%. This matches the pace of founders, who were far more active in January and February than they were in previous years. The amount of links founders were creating to their pitch decks peaked at a 41% increase year-over-year during the week of January 27. According to the data, 2020 was on pace to match the fundraising activity of 2018.

With the announcement that all non-essential businesses in California were to close in mid-March, it comes as no surprise that overall Pitch Deck Interest for the first two weeks of March dropped nearly 12% as compared to the first two weeks of February and was down 11% year-over-year. VCs were not only adapting to social-distancing orders, many were also spending more time with their portfolio companies as the COVID-19 crisis intensified. In fact, thus far the top four worst days of 2020 for Pitch Deck Interest were: March 19th, 6th, 12th and 20th.

As VCs adjusted to working from home, Pitch Deck Interest increased slightly in the second half of March, rebounding to just 5% down year-over-year.

Through the month of April, VC interest in pitch decks rose steadily, peaking at 25% up year-over-year, as investors continued to adjust to the crisis. On the other hand, the overall number of links being created by founders was down by 7.6% in the week of April 6. This signaled that many founders had either paused or suspended their fundraising efforts.

The week of April13 saw a robust rebound in founder links created, up 37% from the week of March 16. The month of April ended with higher rates of interest from VCs, up 16% year-over-year overall.

Seven of the top 10 best days for Pitch Deck Interest in 2020 were in the month of April.

The next phase for founders

As shelter in place and stay-at-home orders begin to ease in some states, we will continue to measure VC appetite for pitch decks and funding activity across the board.

We update the Pitch Deck Interest Metrics every week on Mondays for the previous week (you can see the data and analysis here). You can also see a list of VCs who are actively looking at deals and offering term sheets in our Active VC List.

Our commitment to the startup community in a time of uncertainty 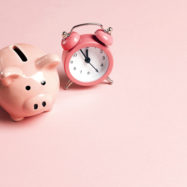 Why the “Why Now” slide is more important than ever

The "Why Now" slide has always been an important part of your pitch deck — but in the current economic environment, it's what will get you the meeting.
May 07, 2020