When we originally started our fundraising research back in 2015 we really wanted to understand what good looked like for a pitch deck. Partly because we had recently gone through the fundraising process and we wanted to see how our experience stacked up, but mostly so we could share that data with other founders like us. A company should never fail because they couldn’t accurately pitch their business in a 20 slide deck. That’s like being disqualified on a technicality.

The more educated founders are on the expectations of institutional investors, the higher likelihood they will meet those expectations, allowing a VC to judge their company on its actual merits and not a mistake in a pitch deck.

When we released our fundraising report in 2015 I began speaking about it not only in San Francisco, but all over the world. The feedback I got was incredible. So many people shared stories with me about how they had used our data to help create their pitch and secure funding. As I continued to meet founders though, I started hearing other questions that we hadn’t addressed in our original research. I also watched as the fundraising landscape shifted, with the pre-seed round growing in importance.

That’s why, when we launched our next deep dive into our data, I not only wanted to answer more fundraising questions, I wanted to cover more ground. I’m proud to announce that we’re releasing our first report on the DocSend Startup Index. This is a first of its kind index covering fundraising from pre-seed to series B. It offers the first look under the hood at what makes a founder successful, from their age to team size to the order of their pitch deck. Our first report on the index is The Pre-Seed Round Deﬁned: How to Succeed as an Early-Stage Startup. We took a deep dive into what makes a company successful in the (somewhat) new pre-seed round.

While the pre-seed round has been growing in popularity, we’ve seen a shift as more institutional investors have moved downstream. The idea used to be that you didn’t need an MVP to get pre-seed funding, just an MVPP (minimum viable PowerPoint). Our data shows that’s no longer the case. Over 35 percent of companies that received pre-seed funding had a live product in market. It’s a stark contrast to the unsuccessful founders, only 9 percent of which had a live product. Over 30 percent of those founders had no product at all, and were pitching investors for the money to build an MVP. VCs show a clear appetite for a working product. They prefer to put their money toward companies that have already figured out how to take their product to market.

The sophistication of your company, and your deck, doesn’t translate to more time spent on your deck. In fact, successful pre-seed decks were viewed, on average, for just 3 minutes and 21 seconds. Unsuccessful decks clocked in at 3 minutes and 30 seconds, continuing the trend from our 2015 research that more time spent on your deck isn’t necessarily a good thing. Our pre-seed fundraising report also includes:

You can download The Pre-Seed Round Deﬁned: How to Succeed as an Early-Stage Startup here. To be put on the list to be the first to get the next DocSend Startup Index report go here. As VC focus shifts from previous years, here’s how your pitch deck can shine Founders looking to raise capital in 2022 have the market on their side, but should be aware of the current market dynamics and this investor advice.
Dec 23, 2021 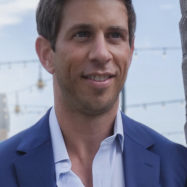 A story-based elevator pitch and a well-written pitch deck can do much of the work it takes to raise venture capital. In this post, founders can learn the art of storytelling with the skill of brevity during the fundraising process.
Nov 12, 2021