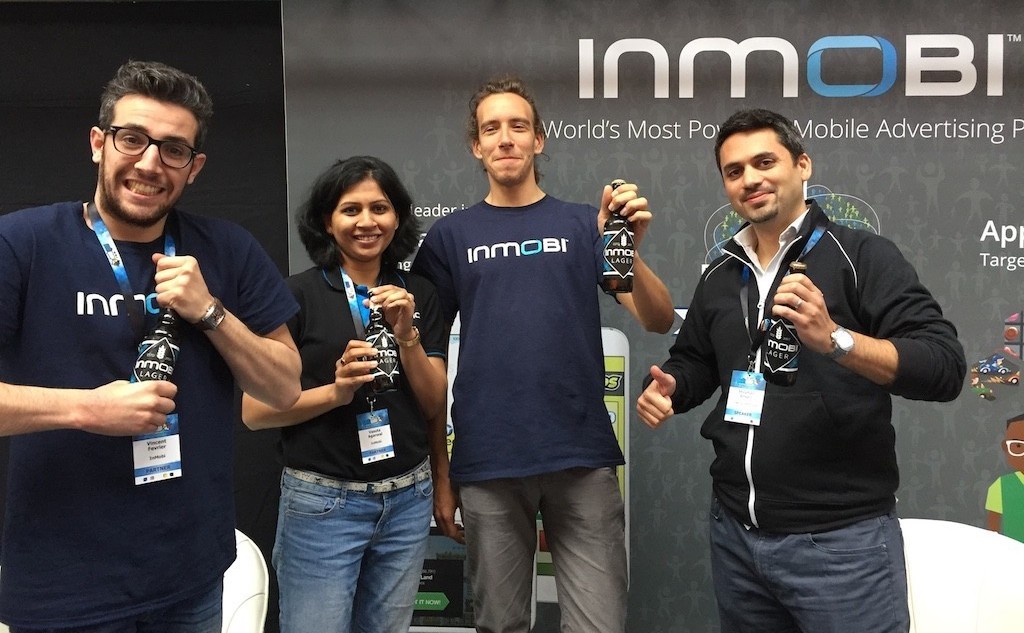 What started as a way to display GIFs during prospect sales calls has become a secret weapon for InMobi’s sales and sales enablement teams.

What started as a way to display GIFs during prospect sales calls has become a secret weapon for InMobi’s sales and sales enablement teams.

InMobi drives real connections between brands and consumers by leveraging its technology platforms and exclusive access to mobile intelligence. Its Unified Marketing Cloud creates new paths for brands to understand, identify, engage and acquire connected consumers. As a leading technology company, InMobi has been recognized as a 2019 CNBC Disruptor 50 company and as one of Fast Company’s 2018 Most Innovative Companies. Among the brands that trust InMobi with their ad spend is McDonald’s, L’Oreal, LG, Kellogg’s, and Mastercard. For more information, visit inmobi.com.

Sales enablement at a company as fast-moving and fast-growing as InMobi can be quite the whirlwind. Before the team realized DocSend could revitalize and streamline InMobi’s sales enablement approach, they realized it was a solution to a more immediate issue: presenting Rich Media files (such as GIFs) in real-time during sales calls.

Instead of presenting GIFs, the team’s legacy document management system showed still images. With DocSend, however, the team could easily implement GIFs to illustrate the direction and journey of sample ads.

Once the team tried DocSend, however, they were quickly impressed by the intuitiveness of the tool and the ease of document upload (from desktop, Google Drive, or Dropbox). Soon, it was clear to the team: DocSend could and should play a more significant role in their sales enablement operations.

Using DocSend Spaces, the InMobi sales team has built a series of customized deal rooms to roll out the red carpet for prospects while also keeping sales collateral more organized and streamlined than ever before. Specifically, a member of InMobi’s sales team can duplicate an existing Space and adjust collateral accordingly, adding or removing sales assets as needed. Then, he or she can simply customize the Space to the prospect and its brand, and wrap up the entire deal room into a single account-based link. Sharing our customized deal rooms with DocSend Spaces makes our team look as professional as it is, and streamlines what could otherwise be an easily stressful and tedious exchange of information. For the sales and sales enablement teams at InMobi, the rule is simple: The final version of any piece of sales collateral resides in DocSend. Before they discovered DocSend, both teams struggled to distinguish the final, shareable version of a sales asset from every other version of that asset. Acosta says, “Controlling versions of materials in our shared drive is simply impossible. All it takes for someone to make a copy with the same or a similar name. It spreads like wildfire.”

Now, thanks to the streamlined sales asset library in DocSend, both teams have access to every final version of every piece of collateral. Plus, version control is achievable with a single click—and when the asset is updated, it’s updated across all Spaces that include it.

Gone are the days of crafting sales collateral and hoping it works. With DocSend’s advanced page-by-page, slide-by-slide document analytics, Acosta and his team have a clear image of which piece or pieces drive prospect interest and the distribution of engagement across each piece. In effect, DocSend’s document analytics power both sales asset tracking and sales asset optimization in a seamless and clear-cut fashion.

Additionally, the team can now send out account-based DocSend links to sales collateral and track each account’s engagement with each asset. With this data in hand, the InMobi sales team can concentrate time and energy on leads that show interest and engagement, while testing and discovering new ways to engage colder leads.

What started as a way to display GIFs during prospect sales calls has become a secret weapon for InMobi’s sales and sales enablement teams. Curious how you can inspire the same growth? Click here to learn more about DocSend, and click here to get started for free.

Secure document sharing with real-time analytics at your fingertips