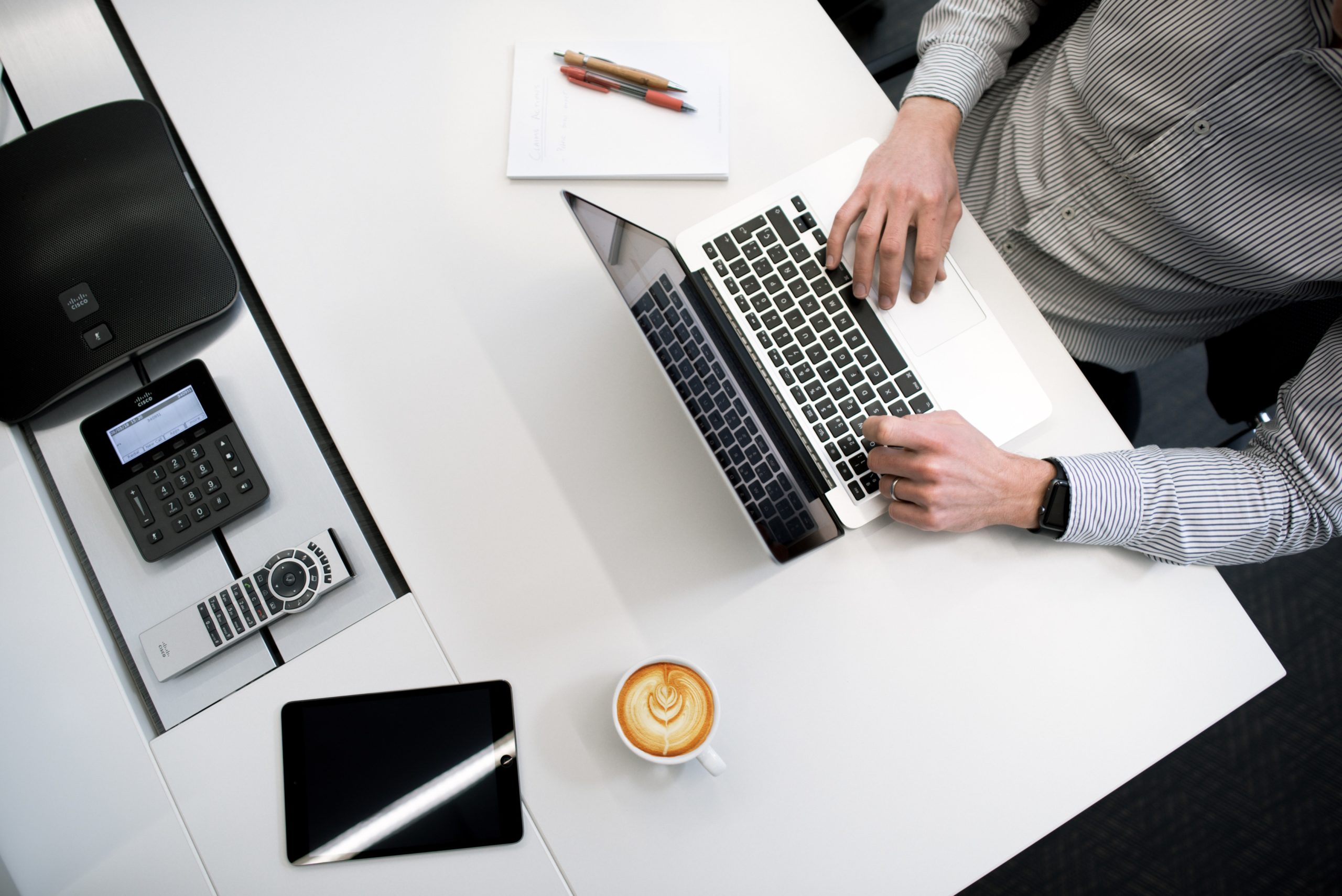 Board meeting minutes may seem like a mundane bit of corporate paperwork, but they are an essential part of proper board management, with potentially far-reaching implications. While minutes serve as both a historical record and a marker for tracking the progress of a corporation’s board of directors, they have more serious uses as well. The accuracy of the meeting minutes may have bureaucratic, financial, and legal importance for years to come.

The ratified board meeting minutes represent the official account of everything that happened during a board meeting. They make up a legally binding document—the ultimate source of truth for the board’s activities. Minutes can be subpoenaed in the event of a lawsuit, or by the IRS, and board members can potentially be held liable for the way they voted on key decisions. If important discussions are missing or votes are recorded incorrectly, the results could be disastrous for the company or for individual board members.

Most states require that corporations take board meeting minutes, but the exact format is left up to the company. Minutes don’t need to be filed with the state, but they must be kept on file for at least seven years.

One of the most important legal requirements that does vary from state to state involves the rules for reaching a quorum—the number of shareholders that must be present to make a decision. Whether or not you have a quorum present must be recorded in your board minutes. Many states require that a majority of board members be present to form a quorum, but Delaware, for example, allows quorums with only a third of voting shareholders. Other states have no requirement on how many members must be present.

In addition to basic information about attendance, any discussion around specific legal issues needs to be recorded in detail. Note conflicts of interest and the actions that board members took to resolve them. Also include the names of board members who dissented on board decisions, as that negates personal liability for those members in the event of a lawsuit.

Before you take on the task of recording corporate minutes, consult with a corporate attorney on the best way to do so. Consider inviting the attorney to be present for important meetings or votes so they can advise on the information that needs to be recorded.

Walking into a board room and simply writing down what happens is an ineffective way to take notes. The CEO and secretary can ensure successful minute-taking with ample preparation.

Ideally, the CEO or the Chairman of the Board should prepare and distribute a meeting agenda several days before the meeting. Review the agenda to get an understanding of the flow of the meeting, along with the major issues, votes, and other discussion points. If possible, try to meet with the CEO beforehand to discuss the plan for the meeting.

Then, using the agenda as a reference, create a preliminary outline for the meeting notes. Give each item its own heading, and leave space for the notes you will take. During the meeting, you will just fill in the blanks instead of trying to create a structure for the information you’re recording.

3. Missing basic information in your notes

The meeting minutes serve as an official record—not just of what happened during the meeting but also where it was, who attended, and other small but important details.

It is also important to keep an accurate attendance record. Record the names of the directors who attended, and make note of nonvoting participants, along with their names, titles, and reasons for being there.

Board meeting minutes are not meant to be verbatim transcripts of the meeting. That would be tedious, both to record and to read. Instead, the document should be an easily digestible summary of the most important actions, decisions, and points made during the meeting.

As you put together the minutes, focus on the results of discussions versus the back-and-forth of who said what. Record the length of discussions and summarize the outcome, but don’t get into every detail.

It’s also important for the secretary to be neutral. Avoid any personal observations or remarks. The easiest way to keep your writing neutral is to steer clear of using adjectives or adverbs in your descriptions.

For example, this excerpt is too detailed and too emotional:

Whereas this version is more appropriate:

15-minute discussion on how to better support marketing efforts. Motion by Board Member X to increase the marketing budget to $4 million dollars. Motion seconded and approved, with Board Member Y dissenting.

At the same time, it’s important that minutes be specific enough that anyone reading them would be able to understand exactly what happened, even if they hadn’t been present at the meeting. A bare-bones record of motions and results, while accurate, doesn’t create a useful account for future use.

As you record all motions, decisions, next steps, and more, use complete and unambiguous language. In votes that are not unanimous, always list dissenters and abstainers (and any conflict of interest they had). An accurate record protects board members from potential legal culpability.

For example, this excerpt is too vague:

Against some objections, the board voted to table the salary cap discussion until the next meeting.

Whereas, this version includes all of the necessary information:

After a 10-minute discussion on salary caps, Board Member Z made the motion to table this discussion until the next meeting, when more data will be available. Motion seconded and approved, with Board Members A and B dissenting.

6. Introducing inaccuracies into the record

Discussions can move fast, and it is easy to accidentally leave information out or to incorrectly record people’s words and actions. But because board meeting minutes are official historical records, accuracy is crucial.

One technique to ensure the accuracy of minutes is to record board meetings and then have them transcribed. While these transcriptions cannot take the place of actual meeting minutes, you can refer to them for accurate wording of resolutions and key points. A written transcript is also useful for reviewing back-and-forth discussions that moved quickly or for interpreting hard-to-understand accents.

If you do decide to record meetings, make sure that you get the permission of all participants beforehand. You’ll also need to make a plan for either destroying or securely storing the recordings and transcripts after using them.

If you aren’t authorized to make a recording, refer to the board packet, including the agenda and executive summary and any presentations, as you put together your finalized meeting minutes. They can help fill in the gaps with specific numbers or facts that might have whizzed by during the conversation.

Once you’ve carefully compiled the meeting minutes, share them with the board before the next meeting so that they can review them. Typically, members hold a vote to approve the last meeting’s minutes at the start of each new meeting. This action ratifies the minutes and transitions them from being a “draft” to being an official legal document.

Often, CEOs will incorporate the last meeting’s minutes into the board packet distributed before the meeting. These materials often contain sensitive information, so CEOs and secretaries should ensure that the information is distributed to the correct parties. Securely share your board meeting materials using links instead of email attachments.

Once ratified, minutes become part of the corporate record and need to be kept on file. To securely store board meeting minutes, use DocSend Spaces to create an online library of past meeting materials. That way, the documents are available to pertinent parties and absolutely no one else.

Take better board meeting minutes with our template

Being the board secretary is an important but often thankless role that requires a great deal of preparation and attention to detail. To make the job a little easier, download this board meeting minutes template to create your own corporate minutes document and set yourself up for success from the minute the meeting begins. 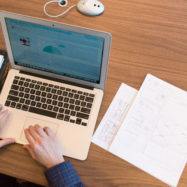 Digital board packets: The secret to a better board meeting

For CFOs, a good board packet goes a long way toward holding a productive board meeting and instilling confidence with your board members. Here's how to make sure yours does the job.
Jan 06, 2020 How to run a board meeting with confidence

Get the most out of your next board meeting with these confidence-building tips.
Nov 12, 2019

What you need to know about your first board meeting

Now that you've successfully raised funding for your startup you have to transition your skills from selling your investors on the idea of your company to managing them as your board of directors.
Oct 24, 2019