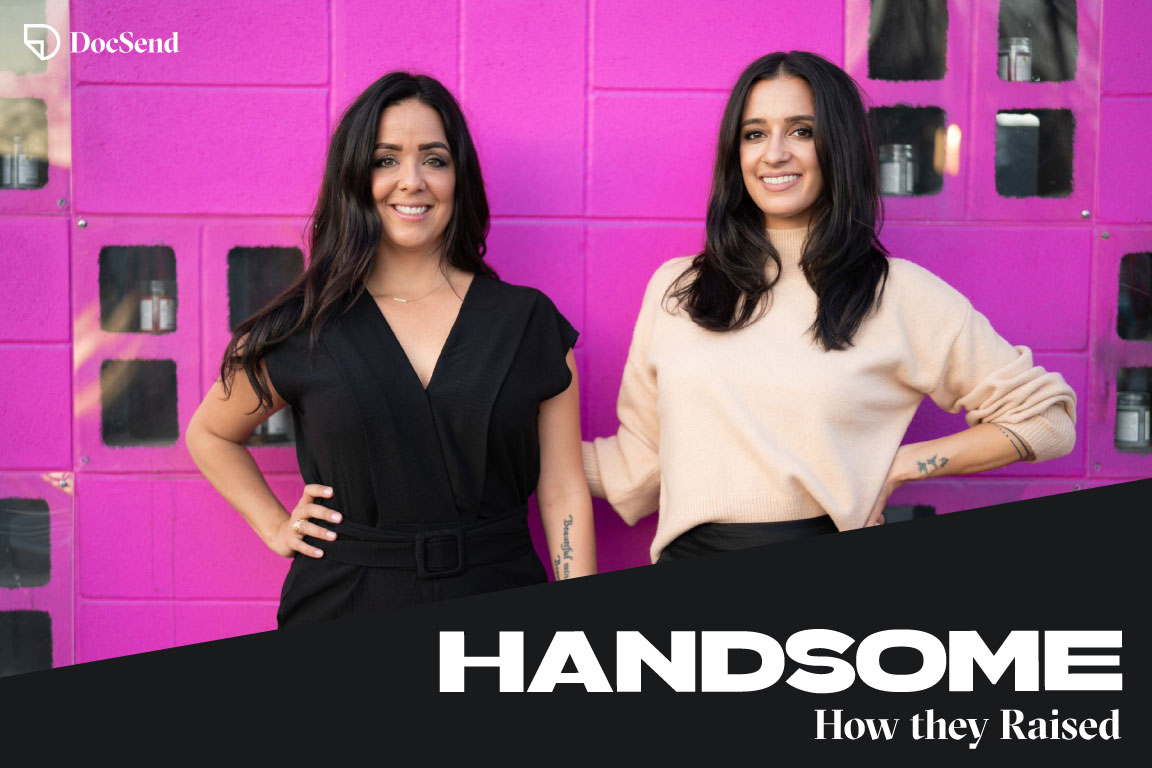 April and Nikki Dominguez of Handsome opted into our pre-seed fundraising research, and we wanted to dive a little deeper into their fundraising experience. Our pre-seed research report used hundreds of opt-in pre-seed pitch decks to discover what it takes to get funded in a pre-seed round in 2020.

DocSend: Can you give us a brief overview of your company?

April: Handsome is a career and education marketplace transforming the $60B beauty industry. “Lynda.com meets LinkedIn” — specific to beauty.

DS: How many people are on your founding team?

A: Two — both female Hispanic founders.

DS: How long did it take for you to raise pre-seed funding?

A: Approximately 18 months. We have had to do a raise-build-raise-build method. We are continuing to raise a second pre-seed round.

DS: What do you wish you had known before you started fundraising?

A: As a first time founder building a technology product for the beauty space, it’s been difficult to articulate why it has taken us 18 months to raise $620K. On the flip side, we’ve had investors say that our fundraise is impressive. Looking back, it would have been reassuring to know that doing a raise-build-raise-build method is a common method for first time founders. On top of that, it’s helped make sure we stay capital-efficient and goal-oriented. Investors always have an opinion, but it’s about you being able to confidently articulate the reason you went in a particular direction.

DS: How did you approach investor outreach when fundraising?

A: I came from a background in investing at an independent oil and gas firm that raised capital for Joint Ventures across the US. So I knew it was a numbers game — and I knew it was a confidence game. From day one, my co-founder and I listed every contact we had into a master Excel workbook. From there, I reached out to every contact one by one, some of them via phone, some via email, some via Twitter and some via LinkedIn. The next step was to expand our network. My job as the founder and CEO was to meet as many people and shake as many hands as possible and to build a reputation for myself as a founder in the Austin community. So I attended 10 networking events a week for the first five to seven months. I compiled an investor update that goes out weekly, and my update list has now grown to over 115 investors.

DS: What do you include on that update and what has the response been like?

A: Our weekly investor update follows a formula to reiterate what Handsome is, key asks, metrics, and our focus. The purpose is 1) to get aligned as a team every week for what our accomplishments were and what our focus is the following week and 2) to stay top of mind for important members of our network. Remember, as a founder, you want to be seen as a line and not a dot. Here is the formula I follow:

We’ve had a tremendous response from our investor update. I am consistent and send this out every Friday by close of business. We’ve had investors respond with congratulations, connections to others, and support and suggestions for setbacks. It’s made it so that when I connect with an investor again or ask for a meeting, that investor feels connected and up-to-speed on our status and is quicker to respond and accept a meeting invite. I’ve also been told from a number of investors that our updates are the best and most consistent updates that they receive and they’ve used our formula to advise others in their portfolio.

DS: Did you change your pitch deck at all during your round, and if so, how often?

A: We have changed our pitch deck every single time we’ve sent it out. We modify the deck based on the investor and based on our traction. Therefore, at a minimum, we are updating traction weekly and the investor each meeting. On top of that, we are continuously refining and reworking what is not working. It would be on par to estimate we’ve modified our deck over 100 times.

DS: How often would you say you’ve updated the structure or the number of slides or the method with which you present? What was the reason for changing?

A: We update the formula for our deck depending on the type of investor or meeting. An example being that the formula of our deck for a pitch competition will be different than for an in-person meeting. In addition, we have a short version of our deck and a long version. We send the short version to newer relationships and the long version if we are further along in the diligence process. However, we always start with sending an executive summary rather than a deck. The general order of the slides stays the same, but we certainly add and remove a slide when it fits to do so. An example of adding and removing slides is financial slides.

DS: How did you present your product in your pitch deck?

A: Early on, we didn’t have a product slide because we were building. We instead wrote about the problem and the vision. Now, because we have a beautiful product with a community of over 15,000 beauty professionals, we use screenshots of what our community is talking about, the portfolios they are building, the education they seek and the jobs they post.

DS: What sort of traction did you have when you started your pre-seed round, and how did you convey that in your pitch deck?

A: When we started our angel round we had no traction. It was a vision. We started by creating a business plan. That was a good process to help us really hone in on our strategy. From there, we broke that business plan into a pitch deck. The first bit of traction that we did produce was a list of leads and sign-ups of over 4,000 beauty professionals that we generated in seven days. Once we had that, we highlighted that in the deck as traction and re-sent it out to investors we had been already talking to.

DS: How did the ability to track potential investors’ engagement with DocSend impact your approach to fundraising?

A: DocSend has made it so much easier to send out decks to one individual or a mass group. It has made me, as a founder who often feels like the pitching process is controlled by the investor, feel in control of my deck and who accesses it.

DS: How was your pre-seed round different than you expected? Was anything the same?

A: Our pre-seed round was different than we expected in that it was really similar to an angel round. Pre-seed is still all about vision and founders. Initially, I approached the pre-seed round as though it would be more about traction, gearing toward a Series A. We quickly learned that it is heavily about the founding team, especially when you’re in a consumer marketplace vertical like Handsome.

DS: What is one thing you would change about your pre-seed round?

A: I wish we would have had better access to expected metrics and traction necessary for niche consumer marketplaces. In a Venture Capital world where Series A became Seed and Seed became Pre-Seed, and top consumer marketplace metrics are derived from the Ubers, Bumbles, and Facebooks, and not the niche networks sprouting out from those conglomerates, it’s difficult to know where you stand. If I could, I would have waited to go out and raise again until our traction was at a place to give us more leverage. That would have saved us time and energy. 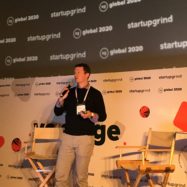 How to have a successful pre-seed fundraising round in 2020 Our newest fundraising report, The Pre-Seed Round Deﬁned: How to Succeed as an Early-Stage Startup, digs into what makes a successful pitch deck.
Mar 03, 2020 How to use your investor updates to your company’s benefit

Your investor updates are important for more than just keeping investors in the loop—how you approach them is of important strategic value to your company.
Feb 10, 2020